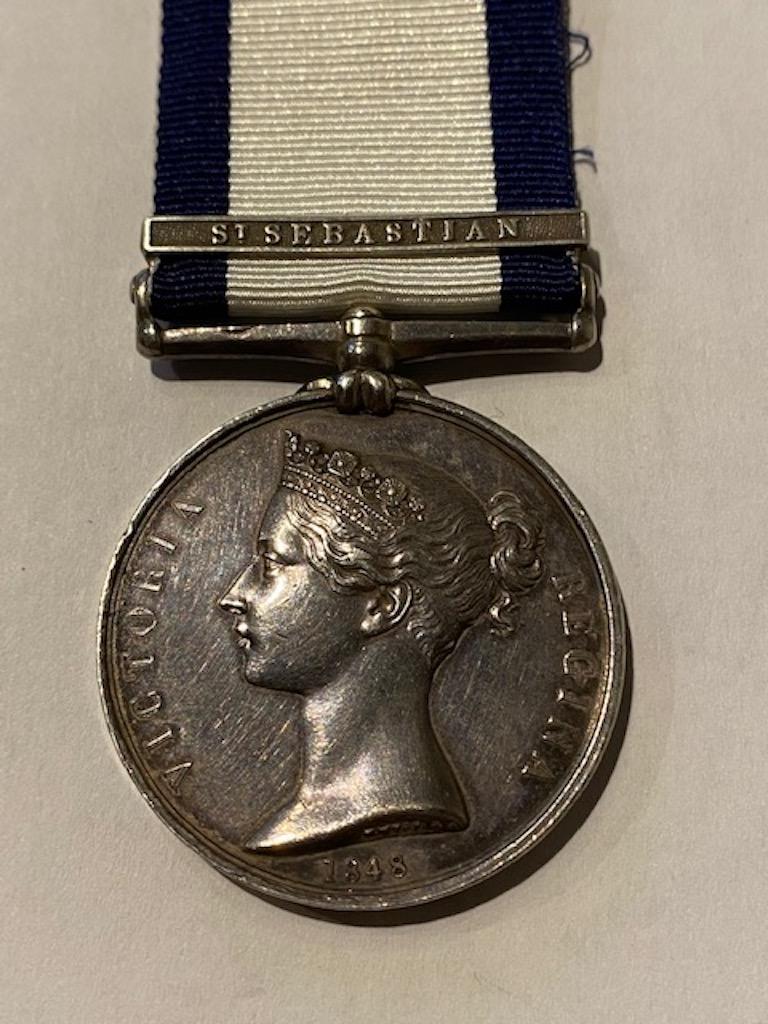 A unique name on the entire NGS Roll , James Gear was Master at Arms and confirmed on the HMS Ajax Roll for St Sebastian read more 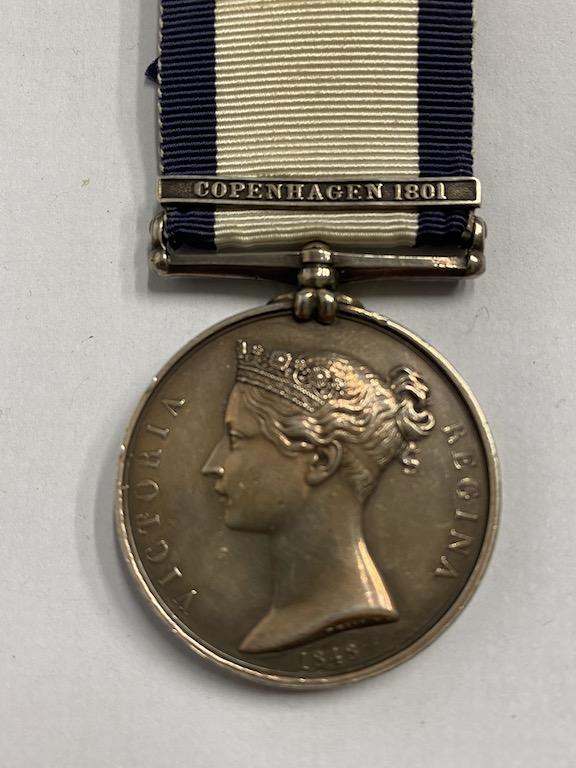 Confirmed on the roll Lieut. Augustus Ormsby served with the 2nd battalion 1st regiment of Foot, one of 118 Ava clasps to the regiment. The Roll also states that Lt Augustus Ormsby was MID for gallantry in action against rebels in Canada 14-12-37. Original Defender's Indian Mutiny Medal awarded to Acting-Sergeant John Bonnetta, 32nd Light Infantry, of Truro, Cornwall, who served as one of four superintendents of the mining party during the Defence of Lucknow


An Intriguing Original Defender's Indian Mutiny Medal awarded to Acting-Sergeant John Bonnetta, 32nd Light Infantry, of Truro, Cornwall, who served as one of four superintendents of the mining party during the Defence of Lucknow, and was named and given an unofficial mention for 'important services' in the written report made by Captain Crommelin, Chief Engineer. Another of the four sup... read more

Approximately 41 clasps issued for this action. A unique name on the entire NGS Roll.

Nicholas Roberts is confirmed on the roll as an Able Seaman aboard H.M.S. Centaur on 26 August 1808. He was born in about 1787 at St Keverne, near Falmouth, Cornwall, and served aboard Centaur from March 1806 until September 1814 (copy allotments provided) as an Able Seaman. He succesfully app... read more THE SUTLEJ CAMPAIGN MEDAL TO SERGEANT-MAJOR JOHN CANTWELL, 50TH REGIMENT, KILLED IN ACTION AT SOBRAON AT THE MOMENT OF VICTORY HAVING CAPTURED A SIKH STANDARD.

SUTLEJ 1845-46, 3 CLASPS, FEROZESHUHUR, ALIWAL, SOBRAON ‘COLOR SERJT. JOHN CANTWELL 50TH REGT.’
H.M’s 50th Regiment of Foot took two Sikh standards at Ferozeshuhur on 21-22 December 1845. Sergeant-Major Cantwell, it is said, took a third at Sobraon on 10 February 1846, but at the cost of his life. The regimental history of 1895 records:
‘A third was afterwards captured, and probab... read more

THE HARD TO FIND SILVER CLASS MUTTER CROSS. NO CRACKS OR CHIPS TO THE ENAMEL. read more The China 1856-60 was issued un named to Naval personnel , but this example by a quirk of fate was issued in 1892 and Officially Impressed in the style of that date.

J M Lloyd , Masters Assistant HMS Fury evidently lost his medal and successfully applied for this replacement which was sent to him on 29/3/92. A copy of the roll confirms this. ANDREW MCBURNEY WAS FROM DOWNPATRICK , DOWN , NORTHERN IRELAND AND WAS SERVING ON HMS RODNEY WHEN KILLED IN ACTION ON 9TH NOVEMBER 1854 DURING THE SIEGE OF SEBASTOPOL. read more Indian Mutiny Medal 1857-1859, 1 Clasp: Lucknow, awarded to Able Seaman Charles Phillips, Royal Navy, a former member of the Merchant Navy, who saw service aboard the 90 gun warship Albion in the Black Sea during the Crimean War, and was present with her at the first bombardment of Sebastopol on 17th October 1854 when she was severely damaged and partially dismasted. Having deserted his ship at... read more