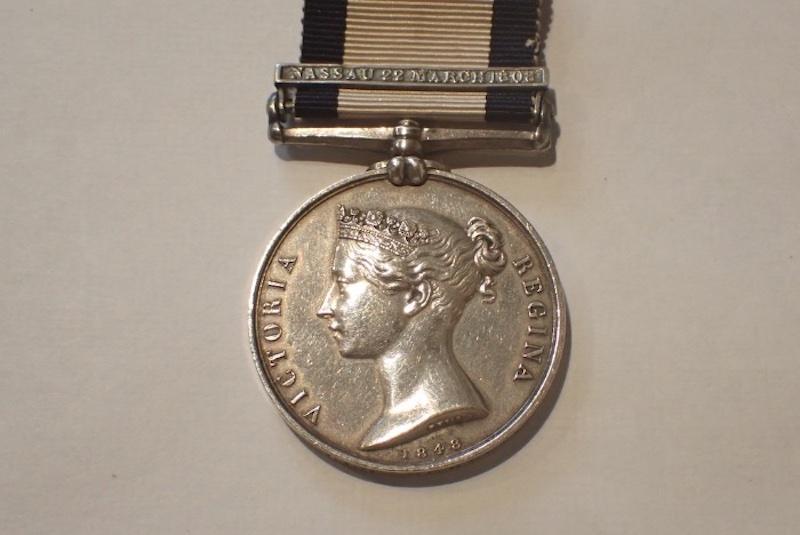 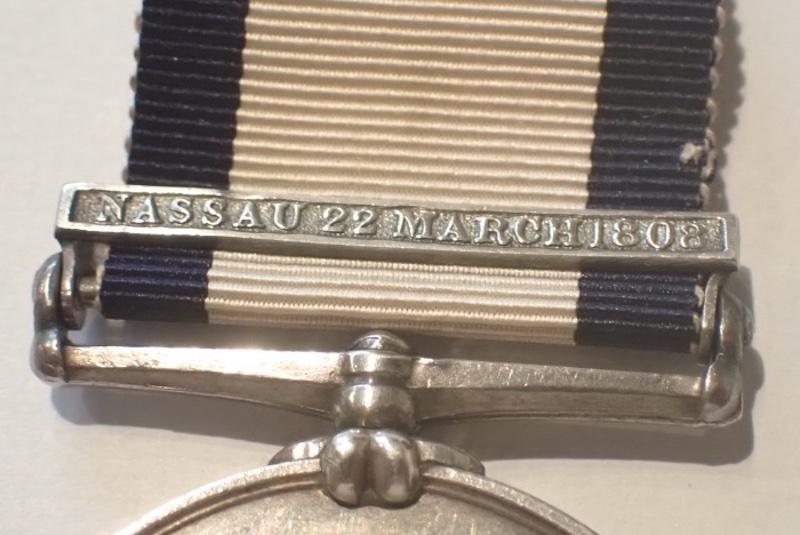 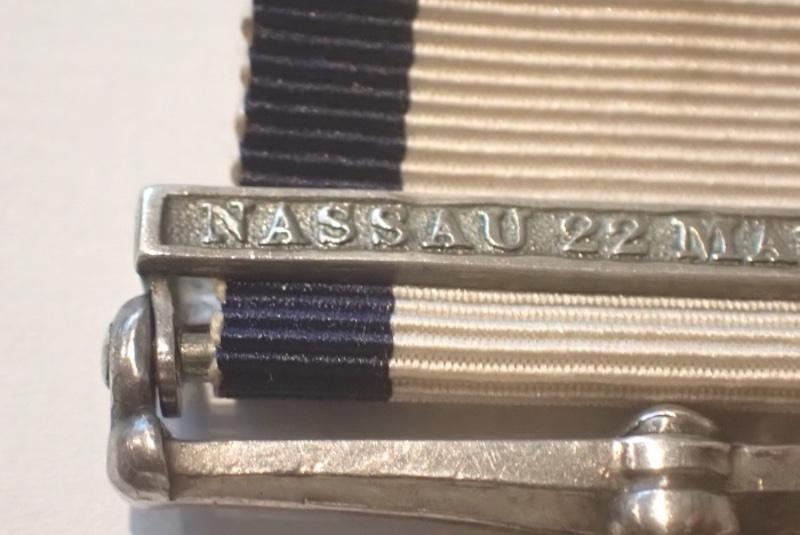 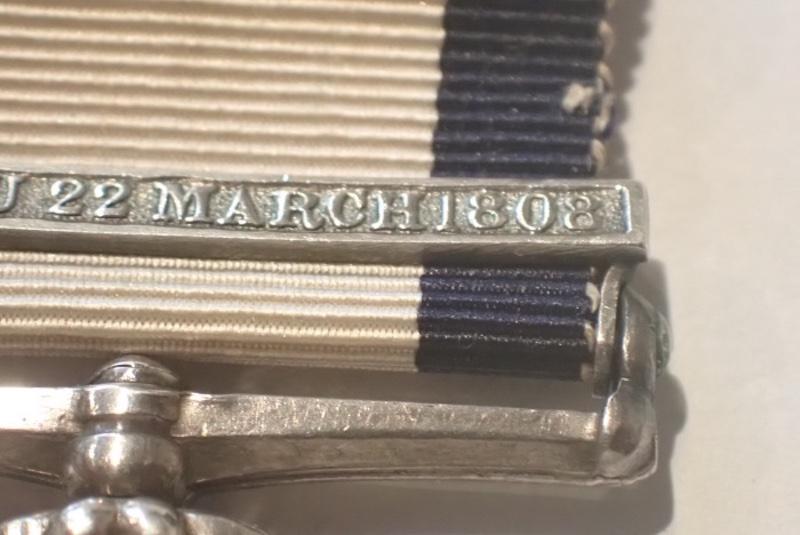 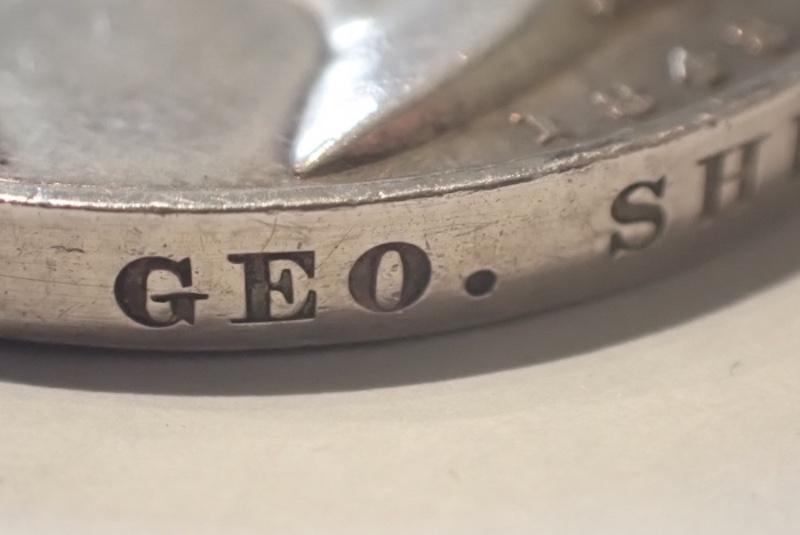 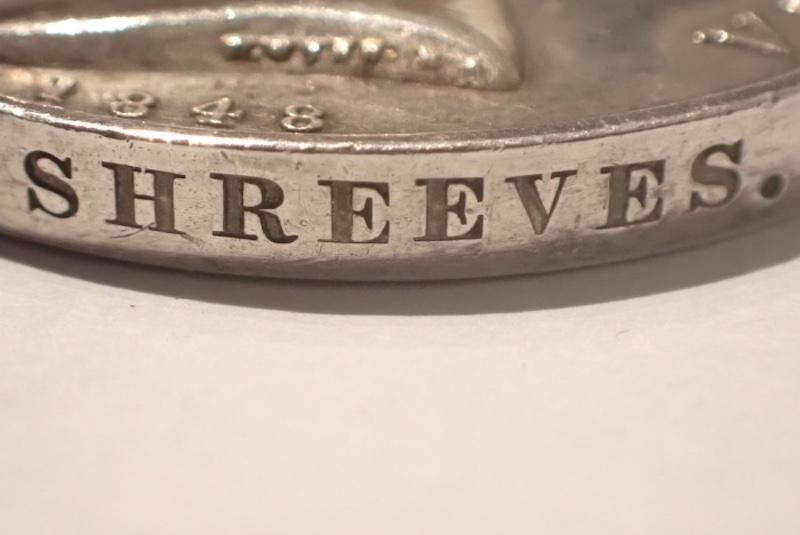 George Shreeves is confirmed on the rolls as an Able Seaman aboard H.M.S. Nassau for the destruction, in company with Stately, of the Danish 74-gun ship-of-the-line Prinds Christian Frederick off the coast of Jutland, Denmark, on 22 March 1808. Approximately 30 clasps issued to each ship.

George Shreeves is not to be confused with George Shreeve (without an ‘s’) who received the clasp for Stately 1808 and Boat Service 25 July 1809, his two-clasp medal being named ‘George Shreeve, Midshipman’ and sold at Glendining’s in June 1952. Both of these men are shown on the Admiralty Claimants Lists (ADM 171/2) and a Clerk has even underlined each name to emphasise the different spelling and the fact that they are two different men. Most of the published rolls show each man correctly but Shreeves is omitted from the Douglas-Morris roll altogether as a result of misinterpretation. Nevertheless, this medal to Shreeves was sometime fitted with clasp for Stately 1808 and has since been expertly restored to its correct entitlement by C. J. & A. J. Dixon in June 2012 (paperwork confirmation included refers).